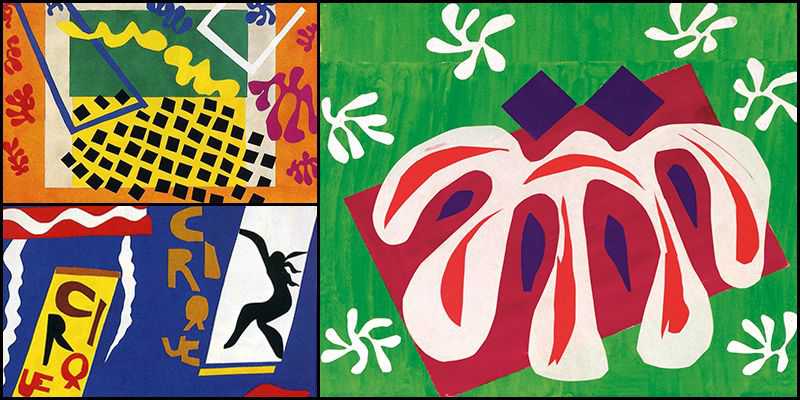 How Matisse Developed His Cut Out Sculptures

Henri Matisse was born in 1869 and was a French draughtsman, printmaker and sculptor known for his use of color, but he was most widely known as a painter. Matisse was born in Le Cateau-Cambresis in the Nord department of northern France. He was the oldest son of a prosperous grain merchant. In 1887, he went to Paris to study law and began painting in 1889 after his mother brought him art supplies.

History and Journey of Henri Matisse

Matisse along with Pablo Picasso and Marcel Duchamp is commonly referred to and given credit for being one of the three artists who helped to define the revolutionary developments in the plastic arts during the earlier decades of the twentieth century.

The first recorded use of the paper cut out technique by Henri Matisse was in 1919. This was during the design of the decor for an opera that was made by Igor Stravinsky, Le chant du rossignol. By the end of the 1940s, Matisse was using “cut-outs” for various decorative arts projects, including wall hangings, scarf patterns, tapestries, rugs, and the designs for the Dominican chapel at Vence.

His mastery of the expressive language that can come from color and drawing and how they could be displayed in a body of work throughout spanning over a half-century, won him recognition as a leading figure in modern art.

How The Sculptures are Made

It took Matisse two years to complete twenty different paper cut out collages. To develop the paper sculptures, Matisse would cut shapes out freehand using paper that was pre-painted with gouache by his assistants. He would use a small pair of scissors as well which would eliminate paper scraps and make it easier to cut the actual item out.

Once the shapes were cut out, the next part of the creative process was to pin the cut pieces of paper to the walls of his studio. This created a world of shapes, resembling a garden made up of weeds, algae, leaves and shapes in patterns until the right balance of color and pattern was achieved. Matisse would let the shapes flap in the wind as they hung on the wall for months and months at a time, until Matisse could finalize a true design.

Once Matisse was happy with the design, the pieces and finished composition were glued to some sort of material such as paper, canvas or a board. The ultimate goal, through all of the trial and error, was to bring to life the two-dimensional work. He was able to do this with the help of Lydia Delectorskaya, his assistant.

Gorham’s Mythologigue Pattern
Antique Porcelain - What Should You Know?
Finding Value: Important Tips When Buying Vintage and Antique at Estate Sales
Modern Furniture - What is it and who wants it?