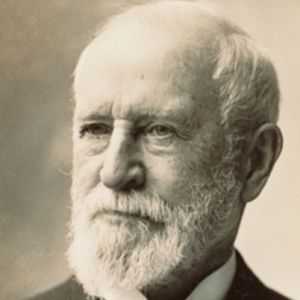 Charles Tiffany was born February 15, 1812 in Killingly, Connecticut. About 25 years later, in 1837, Charles Tiffany and John Young, and later in 1841, they added J.L.. Ellis as a partner, began Tiffany, Young and Ellis in Lower Manhattan. That company at the time was founded at first to sell fancy goods and stationery. Tiffany bought his parents shares of the company in 1853 and changed the focus of the company to sell upscale jewelry and merchandise. Once Tiffany bought his parent’s shares, the company was renamed to Tiffany & Co. In 1867, Tiffany & Co. was the first United States based company to win an award for excellence in silverware at the Exposition Universelle in Paris. In 1868, the company became incorporated, had four stores and was on the right path to continue to grow to the company that it is today.

When Young and Tiffany began their business, they originally started off with offering items such as stationery and merchandise before moving on to offering jewelry and silverware. The business continued to grow and manufacture jewelry, and later opened a location in Paris. His stores adopted the standards of European jewelry and therefore, sterling became established in the United States and the American jewelry market.

Tiffany was determined to obtain one-of-a-kind jewelry. It was that desire which helped fuel how much his products were sought out, specifically among the upper classes of New York. The jewelry created by the company became partially well known because of the wealthy people who desired its products. In the 1830’s, Tiffany made it’s mark in the jewelry world at the time because they clearly marked the prices on their goods. This eliminated the chance that customers would haggle and try to negotiate the prices of the goods that they were purchasing at the time. Additionally, Tiffany’s was unique at the time because they only accepted cash payments and didn’t allow their goods to be purchased on credit.

With the Civil War threatening jewelry purchasing at the time, Tiffany adjusted the focus of his company and ended up manufacturing swords, medals, light armor and many other items that were needed for war. In 1877, Tiffany & Co. had become such an established name that it easily influenced the industry and was able to make outlandish purchases. This when the now called “Tiffany diamond” (a yellow South African diamond) was purchased for $18,000 at 287 carats. The diamond was cut down to 128.54 carats over nearly a year and was eventually put on display in the Smithsonian. Today, Tiffany & Co. is an American worldwide luxury jeweler and specialty retailer, headquartered in New York City.

While Tiffany & Co. is famous for the “Tiffany diamond” they are even more famous for their use of sterling silver. When looking at actually sterling silver that is made by Tiffany’s there are several markings that can help you figure out the origin and if a piece is indeed made by Tiffany’s or fake. At the start, there were several silversmiths who supplied silver flatware and holloware to Tiffany’s. Each of those silversmiths marked the pieces with their own marks in addition to marking them with Tiffany’s marks. Some of the makes of Tiffany’s sterling silver include William Gale, Gale & Hughes, Wood & Hughes, John Polhemus, Henry Hebbard, William Bogert, Grosjean & Woodward, Moore & Hebbard and John C. Moore.

In 1868, Moore silversmithing firm was absorbed into Tiffany & Co. and Tiffany’s then began the production of its own silver. It was at that time that the silver was to be marked with the initial of the Artistic Director or the initial of the President of the firm but that was continued until the mid-1960’s. Each design on the silver that Tiffany’s creates represents the long and proud heritage that comes with the company’s history.

Today, Tiffany’s is a worldwide brand that markets itself on taste and style. It is still an American made, born and bred, brand that focuses on luxury jewelry, china, crystal, silver, glassware, fragrances, leather goods and other miscellaneous personal accessories. Tiffany’s is a specialty retailer, sticking to it’s roots with headquarters in New York City.

The variety of Tiffany’s sterling silver collection expands across flatware, tea sets, bowls, jugs, candlesticks, pitchers and many more unusual pieces. If you have any sterling silver on hand that you think may be a Tiffany’s piece, bring it into Sarasota Antique Buyers and we can tell you all about it, what it is worth and just how old it may be. We are weekly available for people living in the following area: Venice, Nokomis and Palmetto.