The History of Asian Bronzes

The Bronze Age was known as a time where men learned how to mine and smelt both copper and tin to make bronze weapons and tools. These weapons and tools were necessary in the Bronze Age when people were learning how to farm and produce high volumes of food that could feed workers such as miners, potters, weavers, builders and bronze-smiths. Diving into the history of the Bronze Age and the Asian Bronzes begins around 1700 B.C. At the start of the Bronze Age, this Chinese culture was characterized by a strong centralized government, urban communities with stratified social classes, palatial architecture, a distinctive system of writing, elaborate religious rituals, sophisticated art forms and bronze metallurgy. 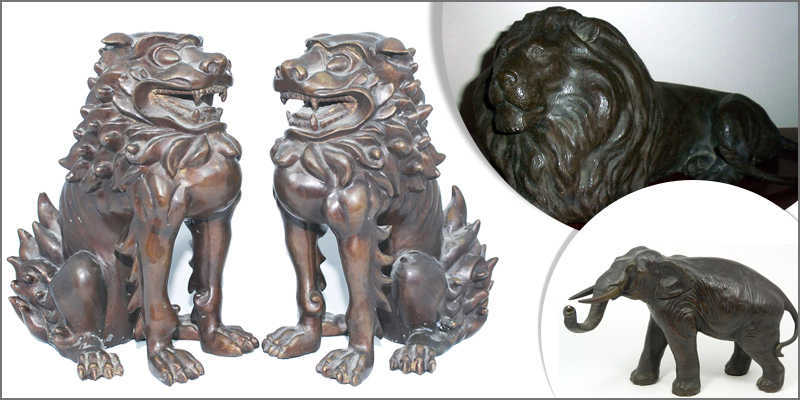 In 1700 B.C. in the kingdom of the Shang dynasty, which spans the banks of the Yellow River across northern China. Some Shang kings sometimes ruled more than the northern parts of China at times. The people who lived during the Bronze Age did not drink tea or eat rice as it is sometimes believed, but instead the common people consumed cereals, breads and cakes and drank beer. The more wealthy members of the Bronze Age would have wine and meat in their diet. During this time, which is essentially the societal equivalent to Medieval Europe, the Shang kings rode with nobles and knights to hunt and fight wars, doing whatever they could to expand the amount of land that they ruled over. 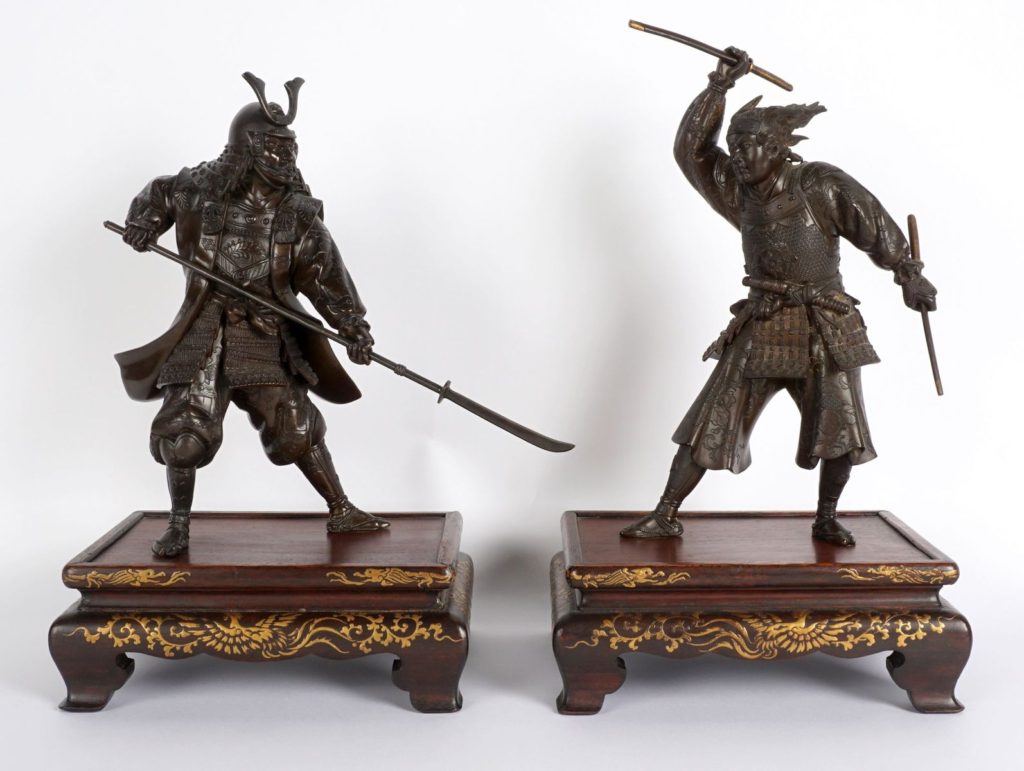 To enjoy their wine, beautiful wine cups were created with designs that can be traced back to this time zone and location in the world. The wine cups are one of the earliest Chinese bronze vessels known. Beyond the simple wine cups, there were life-sized terracotta figures. In other cultures, bronze was really used for tools and weapons. However, in China, bronze was used to craft artifacts that played central roles in rituals and ancestor worship. The ritual artifacts represent the wealth and power of leaders during this time while the artifacts show the highest degree of technical and artistic accomplishments for early Chinese civilization.

The designs that were on the bronzes during this age are definitely unique and interesting. The Shang artists were very interested in their work capturing real and imaginary animal forms. Elephants, rams, birds, dragons, owls, tigers, bulls, snakes and rhinoceros are all part of the background for the spiral patterns that were prominent at this time. The design commonly consists of one animal flowing into the next animal. The designs also were meant to represent who the vessel’s owner or the ancestor to whom the artifact was dedicated to. During the end of the Bronze Age, the artifacts became more worldly symbols that were more important in celebrations than for use during rituals to honor the dead.

To develop the bronze artifacts, designs were first cast in mold made of sections. One the clay model of the artifact was designed, there was another layer of clay added. Once they were all dry, cut into sections, pried off and fired, the model is shaved down to be the core of the mold and the sections were assembled around it with a space between the two. The molten bronze was poured between the two layers and once it cooled, the mold was removed and the artist would burnish the surface smooth. The Shang designs and decor are consistently made with symmetry, frontality and incised ornament with the most frequently designed decoration is a frontal animal mask. Handles on these historic pieces were sculptural as well, depicting tigers, dragons and other beasts in ways that emphasize each and every curve of the item.

Overtime, these ancient bronzes were preserved in many different ways. Some were buried in storage pits and expertly hidden or some were even included in burial tombs. Royal families in the Shang dynasty would be accompanied in the afterlife by their bronzes, ceramics, weapons, amulets, and ornaments. If you think that you may have one of these rare and unique pieces that may be an Asian Bronze, bring your item into Sarasota Antique Buyers. We buy vessels, figures, Buddha’s, imperial pieces and markings and would be happy to tell you the value of the item that you have. We travel to St Pete, Port Charlotte, Naples and Orlando every week. Please call us to set up an appointment, or please fill out one of our contact forms with Photo’s.

How and where to sell my Antique Bronze Collection | Naples | Fort Myers | Orlando
I Am Downsizing My Antiques and Household Goods – What Are the 5 First Most Important Steps that I S...
What is Modern Art?
“Who Buys Antiques Near Me?” Discover the Best Antique Buyers Near You