Many Florida homes feature Chinese antique silver pieces for the right reasons. These can indeed be a quaint and ornate addition to any atmosphere. As you can imagine this genre has a rich history, which could help you identify genuine items when you see them.

Westerners started travelling to China as tourists for the first time in the 18th century. During their trip, they quickly became fascinated with the dramatically different images and themes that the pieces had in comparison to the Western themes they were used to.

Since the travel time to China from other countries was so long, tourists would usually stay for extended periods of time and would often request that custom pieces be made for them. Throughout the next two centuries ships took an extensive amount of Chinese antique silver back to western countries. In the 19th century, various authors documented these artefacts in books, and soon, people started collecting. Today, there is a plethora of Chinese silver on the market to collect and a genuine piece you may find in Florida is worth its weight. 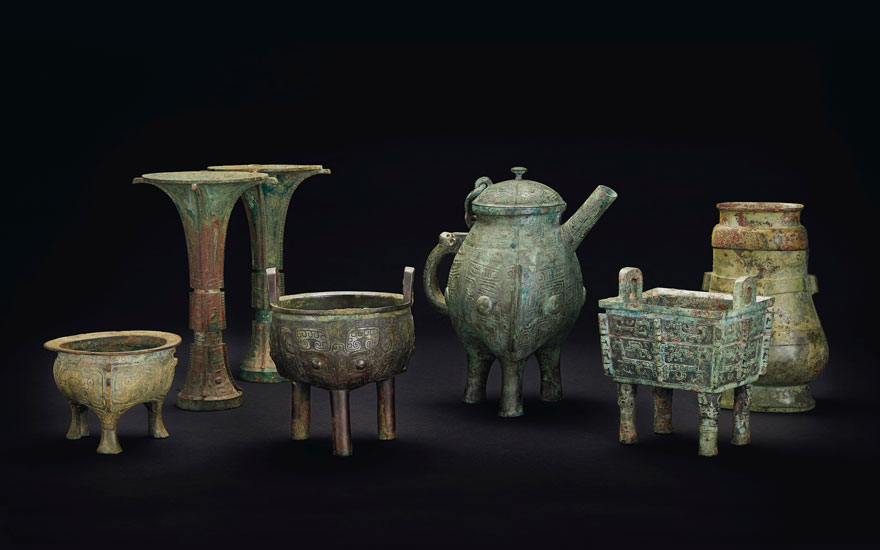 Tourists originally became interested because of the uniqueness of design. Themes depicted in western cultures simply paled in comparison to fierce Chinese dragons and ornate characters.

The beautiful thing about the markings on these artifacts is their imperfections. Genuine pieces were always made by hand and individually so no two would look the same and would never be cut too precise.

If you look closely, any genuine Chinese antique silver will have an adornment marking of the maker’s choice.

Silversmiths made such items as bowls, dishes, goblets and covered cups all in exquisite detail. When looking at a piece from this time, it is important to note that western purity of this metal was higher than that of Chinese at the time of most popular production. Despite the difference in purity standards, the value of such antique is not affected.

If you want to learn more about buying and selling Chinese antique silver, contact our Sarasota Antique Buyers representative in Florida, and find out where our next sale is, or to set up an appraisal appointment.

Top Bought and Sold Antique Silver Pieces for Ideas | Antique Gift Ideas
Five Must-Have Antiques For Your Holiday Meals
History Of Gorham Silver Marks
How Much Is Your Sterling Silver Tea Set Worth?